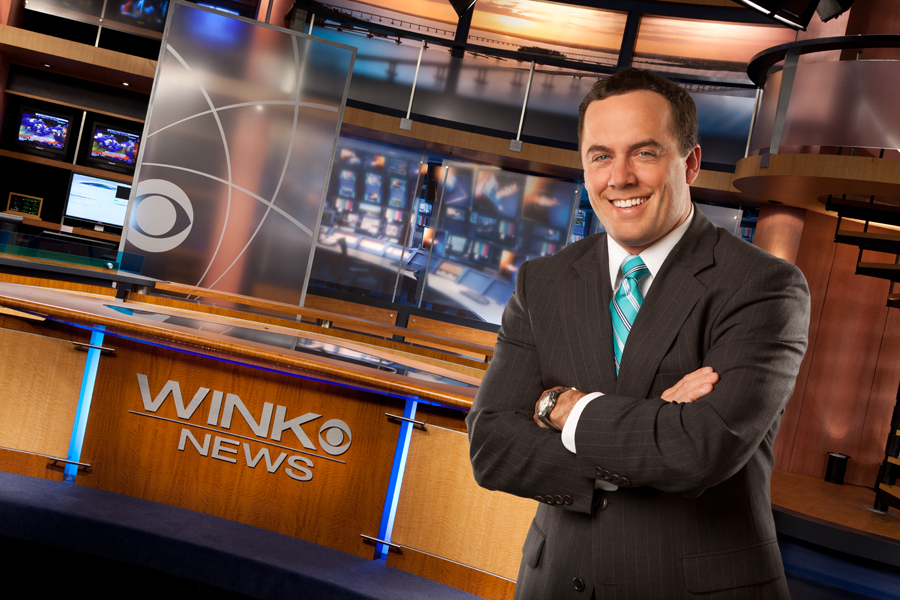 I had the opportunity recently to photograph CBS affiliate WINK-TV Meteorologist Joey Sovine.  Joey has a busy schedule — so I only had minutes to get the shot I wanted.  I couldn’t use the television studio to set up my studio strobes, because it’s being used most hours of the day for live broadcasts on two television stations — so here’s how I did it. 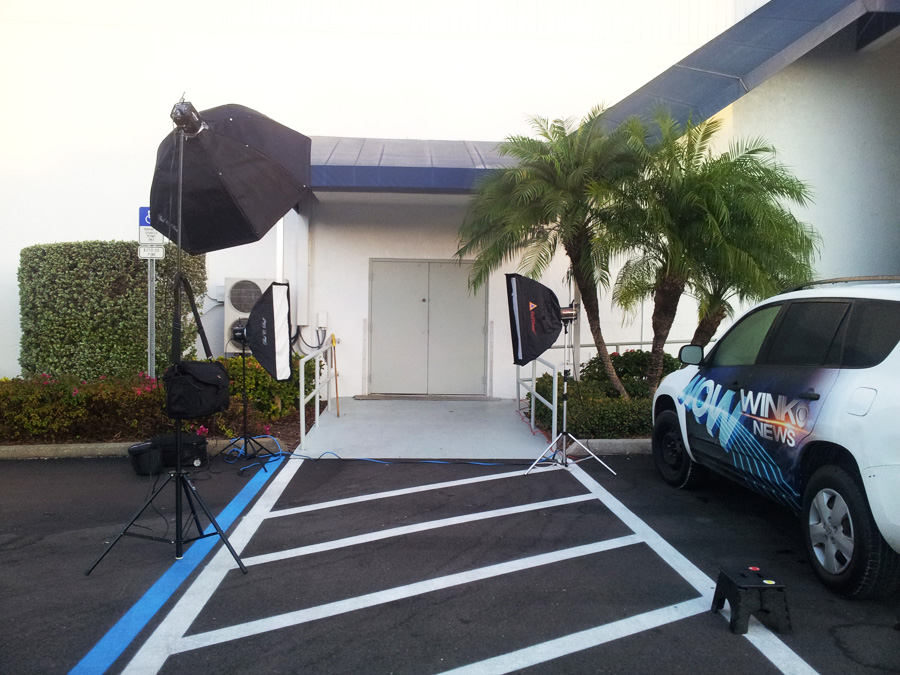 I set my studio lights up outside in the parking lot (just a cell phone shot here), and brought Joey outside for a quick photo shoot.  Here’s the original photo: 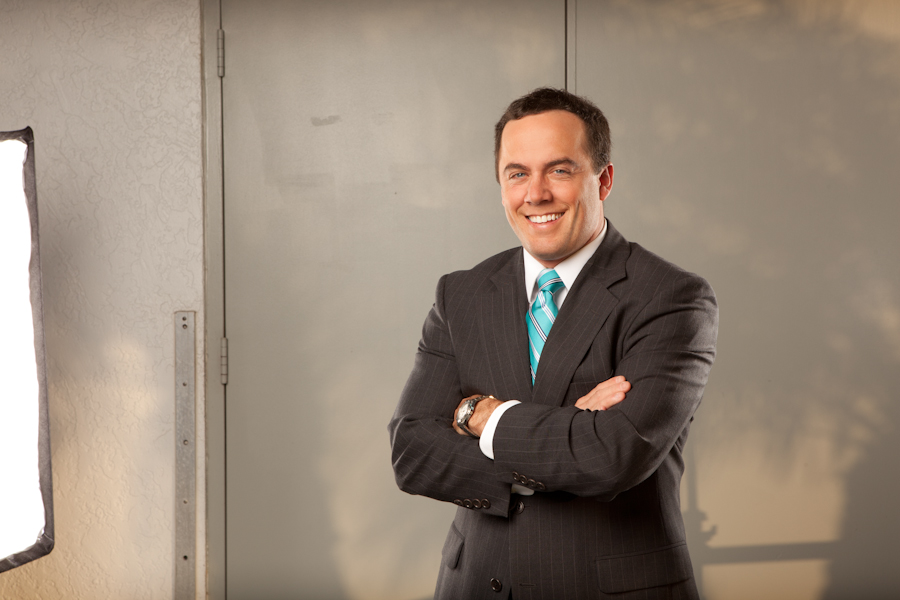 After lighting and photographing Joey outside,  I snapped a photo the TV set between newscasts, and inserted Joey in later.  The images were taken with a Canon 5DmkII and a mix of Einstein 640 and Photogenic Strobes.  Pocketwizard Mini, Flex, and PowerMC2 units were the radio triggers.